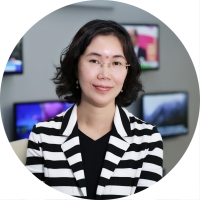 Roselyn Du teaches at Hong Kong Baptist University School of Communication. She received her PhD from The University of North Carolina at Chapel Hill and her Master of Science from North Carolina State University. Her areas of interest include data journalism, media credibility in the “post-truth” era, political communication and public opinion, and global media. Dr. Du’s research has resulted in multiple international and national Top Paper awards. She has published in Journalism and Mass Communication Quarterly, Journalism-Theory, Practice and Criticism, Journalism and Mass Communication Educator, Global Media and Communication, among others. Dr. Du also spearheaded the Data & News Society, a multi-disciplinary Community of Practice based in Hong Kong since 2015. In a previous life, she was an award-winning forefront journalist in China. 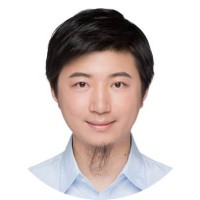 Pili Hu is an entrepreneurial technologist with expertise in the communications domain. An enthusiast in developing and bringing disruptive technologies to the media and other sectors, his experience spans from data journalism, new media and technology start-ups. Before joining HKBU, Mr. Hu served as the Chief Technology Officer of Initium Media, responsible for developing technologies to power the fast-growing digital media outlet. During his time at Initium, he founded the Initium Lab where he designed award-winning data-driven news reporting projects in Greater China and Asia. Before moving to Hong Kong, he worked for Baidu in Beijing, focusing on link analysis and user behavior studies. Mr. Hu holds an MPhil of Information Engineering from The Chinese University of Hong Kong. 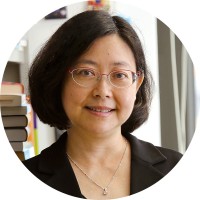 Alice Lee holds a Ph.D. from the University of British Columbia, Canada. She once worked as reporter and editor for Ming Pao Evening News and Hong Kong Economic Times. She was an editor for two magazines, one published by a government cultural agency and the other by a commercial operation. She also worked for Asia Television Limited. At the Chinese University, she was the press officer specializing in media relations. She is a co-founder and vice-chairperson of the Hong Kong Association of Media Education (HKAME). She has been appointed as the Associate Director of the Academic Advisory Committee of the Media Literacy Research Base, China Radio and Television Association, China. She has also started promoting media and information literacy (MIL) after she joined the Editorial and Advisory Committee of UNESCO which developed the global MIL assessment framework. In Hong Kong, she is a member of the Sub-committee on Teachers’ Professional Development, Educational Bureau of the SAR Government. 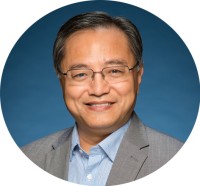 Raymond Li, a veteran journalist working at the BBC for over 24 years, Mr. Li was the first native Chinese to be appointed the Head of Chinese at the BBC.  Before then, he also oversaw the launch of BBCChinese.com, the only Chinese language news and current affairs site at the BBC, in 1999. 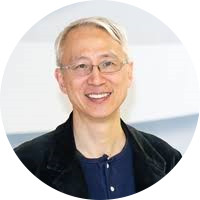 Bernard Suen has worked in the ICT and Creative industries for over thirty years with domestic, PRC, and international consulting and management experiences. In 2010, he co-founded InTechnigence Limited, a Hong Kong based digital consultancy and solution company, providing services to clients in digital transformation and innovation. Currently, he is also an Adjunct Associate Professor at the CUHK Business School and Project Director of CUHK Center for Entrepreneurship, conducting researches and courses/training in design thinking, data and interaction design, and innovation and entrepreneurship. 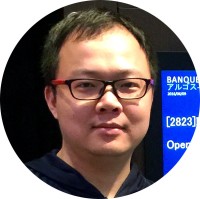