(This is a repost from BuzzFeed News, click the link to read the original: 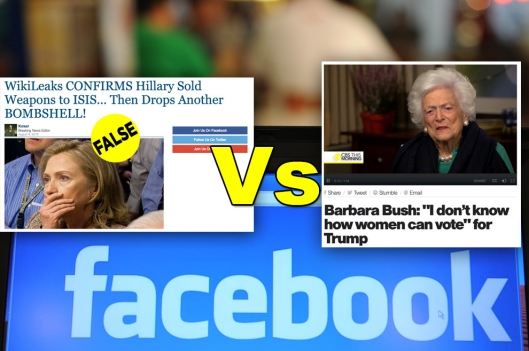 In the final three months of the US presidential campaign, the top-performing fake election news stories on Facebook generated more engagement than the top stories from major news outlets such as the New York Times, Washington Post, Huffington Post, NBC News, and others, a BuzzFeed News analysis has found.

During these critical months of the campaign, 20 top-performing false election stories from hoax sites and hyperpartisan blogs generated 8,711,000 shares, reactions, and comments on Facebook.

Within the same time period, the 20 best-performing election stories from 19 major news websites generated a total of 7,367,000 shares, reactions, and comments on Facebook. (This analysis focused on the top performing link posts for both groups of publishers, and not on total site engagement on Facebook. For details on how we identified and analyzed the content, see the bottom of this post. View our data here.) 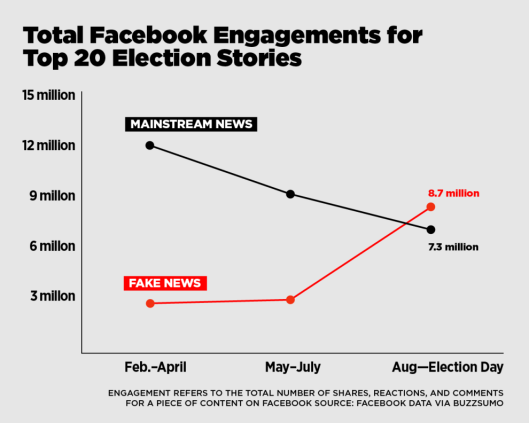 Of the 20 top-performing false election stories identified in the analysis, all but three were overtly pro-Donald Trump or anti-Hillary Clinton. Two of the biggest false hits were a story claiming Clinton sold weapons to ISIS and a hoax claiming the pope endorsed Trump, which the site removed after publication of this article. The only viral false stories during the final three months that were arguably against Trump’s interests were a false quote from Mike Pence about Michelle Obama, a false report that Ireland was accepting American “refugees” fleeing Trump, and a hoax claiming RuPaul said he was groped by Trump. 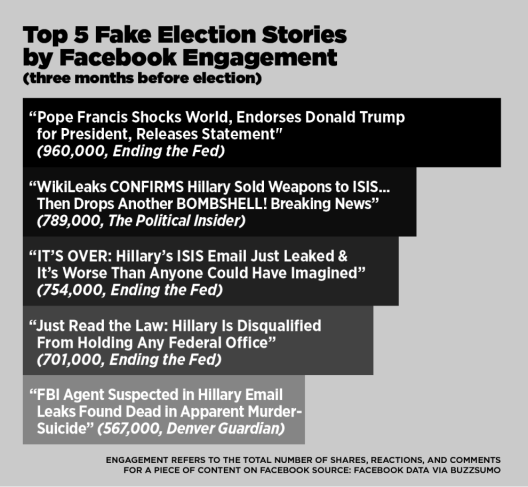 2.Almost all the traffic to fake news sites is from Facebook, new data show

(This is a repost from QUARTZ, click the link to read the original:

A big part of the fake news distribution system, whether he likes it or not.  (Reuters/Shannon Stapleton)

Sites that publish fake or hyperpartisan news are almost completely reliant on Facebook for their readership, according to data collected by the marketing analytics firm Jumpshot.

(This is a repost from In Public Safety, click the link to read the original:

A few years ago when working with author Shane Harris on his book, The Watchers: The Rise of America’s Surveillance State, I talked him through the map I created to help him understand how the intelligence community has desegregated and has infiltrated almost every aspect of society. Shane, who is presently the National Security and Intelligence Correspondent for the Wall Street Journal, noted that the media is organized in a similar manner. Much like it did in the intelligence community, information technology has been able to desegregate the media environment and push information out to more diverse areas in the media.

From our discussion, I created another map showing what the media looks like today: 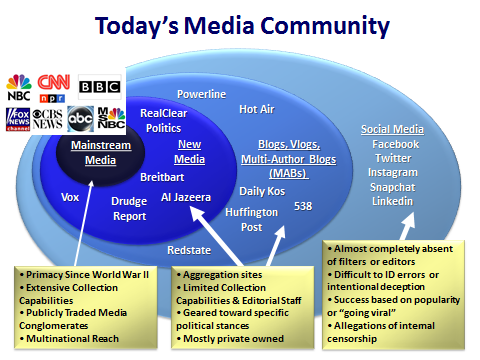 Each ring in the diagram is a potential intelligence source with unique characteristics that analysts need to understand. While each ring and source could be further broken down and profiled exhaustively, these layers give analysts a better understanding of the type of information they are getting. As a general rule, the further you get from the center, the more wild and unrestrained the environment gets.

4.How Data And Information Literacy Could End Fake News

(This is a repost from Forbes, click the link to read the original: 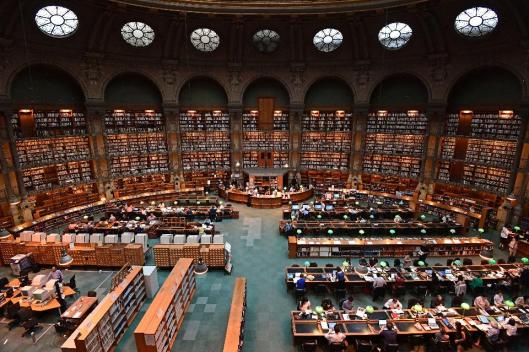 At its core, the rise of “fake news” is first and foremost a sign that we have failed as a society to teach our citizens how to think critically about data and information. Take that email from a Nigerian prince offering to transfer you ten million dollars if you’ll just send him $10,000 to cover the wire costs. Enough people get that email each day and wire those ten thousand dollars that this scam continues in 2016. The Internet has globalized the art of the scam and the reach of misinformation, allowing a single tweet to go viral across the planet, sowing chaos in countries on the other side of the world from the person sending it.

At the heart of all such news is the inability to think critically about the information that surrounds us and to perform the necessary due diligence and research to verify and validate. In April 2013 when the AP’s Twitter account was hacked and tweeted that there had been an explosion at the White House that left President Obama injured, automated stock trading algorithms took the news as fact and immediately launched a cascade of trading activity that plunged the Dow Jones by more than 100 points in less than 120 seconds. Human reporters, on the other hand, simply picked up the phone and called colleagues stationed at the White House to inquire if they were aware of any such attack and were quick to refute the false information.

(This is a repost from The Guardian, click the link to read the original:

A cadre of technologists, academics and media experts are thinking up solutions, from hiring human editors, to crowdsourcing or creating algorithms 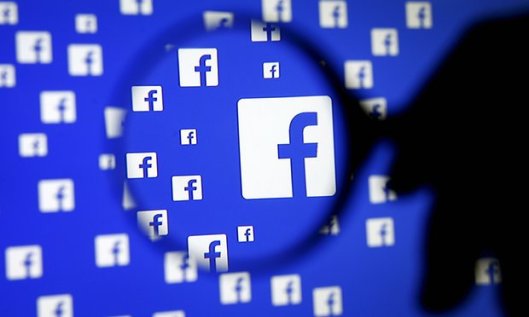 If publishing fake news was punishable with bans on Facebook then it would disincentivise organizations from doing so. Photograph: Dado Ruvic/Reuters

he impact of fake news, propaganda and misinformation has been widely scrutinized since the US election. Fake news actually outperformed real news on Facebook during the final weeks of the election campaign, according to an analysis by Buzzfeed, and even outgoing president Barack Obama has expressed his concerns.

But a growing cadre of technologists, academics and media experts are now beginning the quixotic process of trying to think up solutions to the problem, starting with a rambling 100+ page open Google document set up by Upworthy founder Eli Pariser.