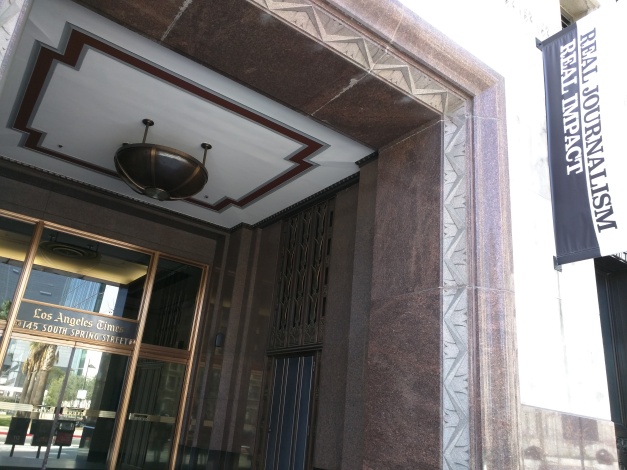 Over the entrance to the Los Angeles Times headquarters hangs a banner with the newspaper’s promise to the world: REAL JOURNALISM, REAL IMPACT. When I visited in April 2018, the paper was still quietly situated in its historic downtown Los Angeles headquarters, right next to the City Hall and the Grand Park. Three months later, the paper moved out of its historic downtown building to a facility near Los Angeles International Airport, bringing itself closer to the rest of the nation in the latest episode in a series of ownership changes that have been going on for decades. I went there in search of a pair of data journalists, Doug Smith and Ben Welsh, who relayed to me a remarkable story of the evolution of data journalism in recent decades.