Poor population reaches the lowest in six years while the city is still confronted with the problem of ageing population and more alleviation measures are in need.

Since the introduction of Poverty Line (half of the median monthly household income) in 2013, the poor population in Hong Kong has seen a downward trend in recent six years. Poverty rate has reduced from 14.5 to 14.3 per cent in 2014, with total 1.32 million people living in poverty, says the newly-released poverty report.

Compared to 2013, the number of people aged over 65 accounts for 30 per cent of the poor population, increasing by 8,300, while the other two age groups both see a decrease in the rate. Notedly there are 180,000 teenagers below 18 years old living in poverty.

More specific details are as follows.

Drawn from the changes between 2014 and 2013, several characteristics of housing and security beneficiary can be spotted.

Tenants have increased more than 9% after policy intervention which indirectly shows that more poor people are benefiting from Public Renting Housing (PRH). 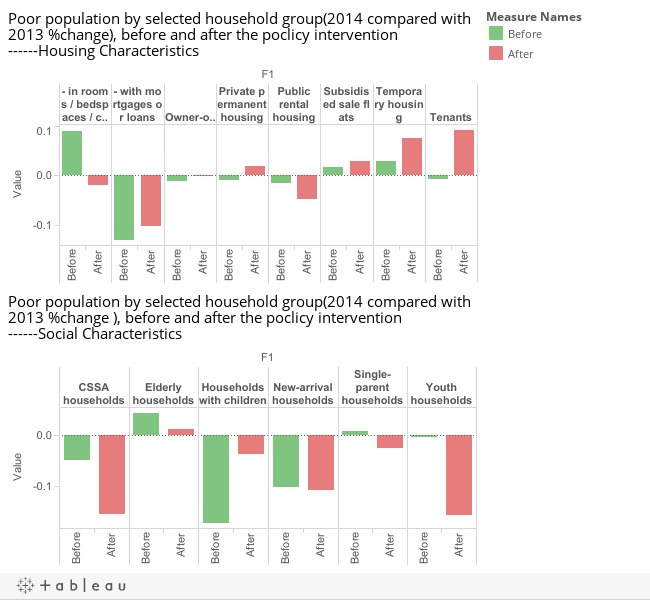 Among tenants, those who live in rooms/bedspaces/cocklofts showed an obvious change.

According Hong Kong government, non-recurrent cash benefits are provided in recents years including rent payments for the public housing tenants.

Except for poor population of elderly households which was rising after policy intervention, others all presented declining trend. Few changes can be witnessed in new arrival households. 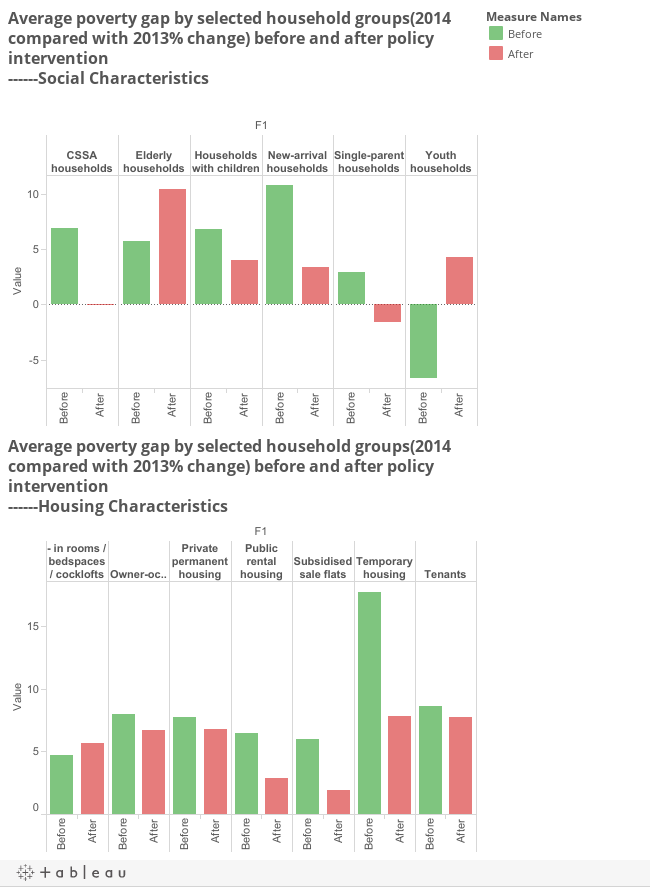 Average poverty gap of temporary housing changed by 17.7% before policy intervention compared with 2013, the highest among other housing types, which shows a downward trend of the permanent houses.

Recently “Mcsleepers” became an alarming trend due to government inaction, according to some social workers.

The lack of affordable accommodations and unliveable housing conditions are the main causes of the trend, said Wong Hung, the Associate Professor of department of social work, Hong Kong Chinese University.

The government and social welfare organisations should provide more affordable rental housing with good management and convenient transportation, he said.

Embattled situation due to ageing population

Poor population are living in the shadow of aging problem. According to the report, approximately one in three of elderly in Hong Kong live below the poverty line. 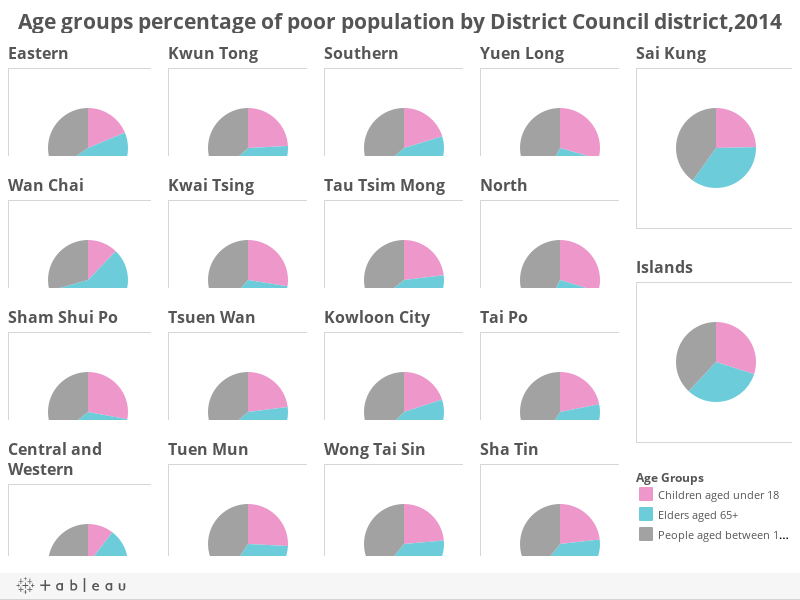 The government lists the poverty rate among elderly at a shocking 72% before welfare benefits and 47% after.

Regarding of the poor population by selected household groups, the elderly households increased by 24.5% from 2009 to 2014, while others are in downward trends.

Though the biggest poor population group has been families with children through the five years, it saw the most significant drop among other groups.

The Problem is extremely startled in Wan Chai District and Central and Western District.

According to the report, the dependency ratio in Central and Western District has reached nearly 6:1, which means that every labour force aged between 15 to 64 has to take care of nearly six people aged above 65. Wan Chai has a dependency ratio of 5:1.

As for median age of the poor, the two districts both stand out for a relatively higher age, 65, while Yuen Long has the lowest 45 years old median age.

The ageing problem reflects on the low labour force participation rate and high unemployment rate. Wan Chai and Central and Western are the only two districts among all having more unemployed people than the employed. The former has a pair of 23.5 per cent and 16.1 per cent, while the latter shows a larger gap, 21.9 versus 13 per cent.

Notably, the two districts has a relatively high percentage in population with Post-secondary degree, Wan Chai having 26.2 per cent while Central and Western 21.4. The rest 16 districts only reaches an average of 7 per cent.

According to Opinion Survey on Poverty Issues in Policy Address 2015 conducted by The University of Hong Kong, Public Opinion Programme, the rating towards poverty issues was dropped to 51.5 per cent, compared with last year of 56.7.

The rating has fallen backward to the level during Chief Executive CY Leung’s first Policy Address. The chief executive of The Hong Kong Council of Social Service Mr. Choi said that the reason of the ratings decline is that no major poverty alleviation method has been provided in Policy Address 2015, according to the survey.

Poverty rate and population of Hong Kong districts in 2014

Poor population and average poverty gap by selected household group (2014 compared with 2013 %change), before and after the policy intervention——Housing Characteristics & Social Characteristics