More than 300 million foetuses were aborted in China since the one-child policy was implemented 35 years ago. Over 10 million abortion operations were performed in the most years in 1980s, when the family-planning policy was strictly enforced.

The data were released by China’s family planning authority. It is unclear how many cases were not recorded.

The number dropped in 1990s, possibly a result of lessened enforcement and women’s increased knowledge in other birth control means. From 2009 to 2013, about 6 million abortions were performed every year. 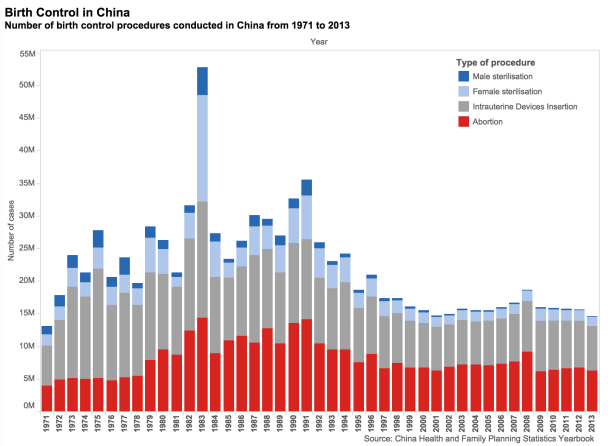 After a period of encouraging birth and restricting abortion, Chinese government started to encourage birth control in late 1950s, aiming to ease the burden on social welfare, education and employment.

The pressure of feeding billions of people finally came down to the implementation of one-child policy in 1980. The policy, which forbids most Chinese couples to have more than one offspring, has since been criticised for leading to forced abortions and sterilisations.

In 2015, the government announces that all families will be allowed to have two children.

Besides abortion, the number of sterilisations and intrauterine device insertions performed every year also reaches the millions. Most of the sterilisation procedures were for women.

Some local governments have made sterilisation free, while some offer financial rewards or other benefits to those who are sterilised.

Beijing, Zhejiang and Guangdong have the highest abortion rates. 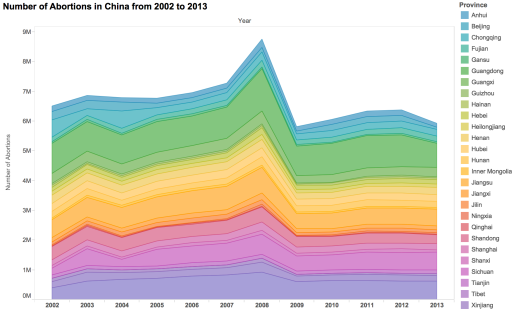 These provinces have larger urban population, who are not eligible for the so-called 1.5-child policy, which allows rural residents to have a second child if the firstborn is a girl. Big cities also tend to have stricter policy enforcement.

Another explanation is women with higher income and social status are less willing to have more children.

Abortion rate in 2010 does not have a strong correlation with the sex ratio of newborns the same year, suggesting the preference for male heirs is not the prior reason for abortion. 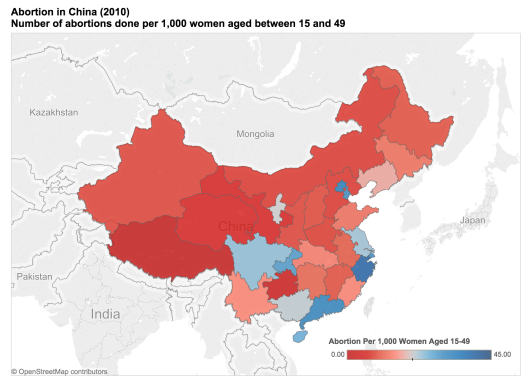 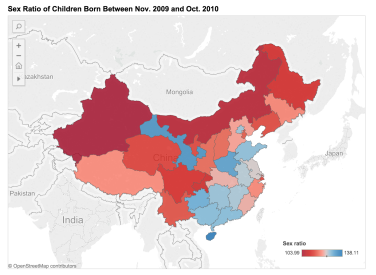 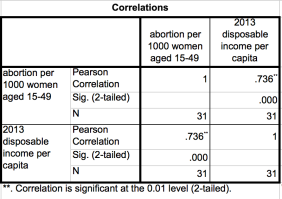 The correlation between abortion rate and disposable income is strong.

How dangerous abortion is to women

About four thousand women experienced abortion complications after their operations in 2013, though the number has been dropping in the past decade.

For every 10,000 abortions in China, an average of 17.5 complications were reported from 2002 to 2013. The complications include incomplete abortion, infection and uterine perforation. 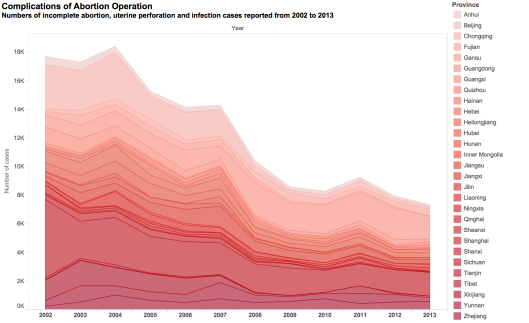 Poorly-done abortions are much more common in the low-income provinces in West China. Xinjiang, Qinghai and Tibet have the highest complication rate.

Although doctors in Beijing performed several hundred thousand abortions every year, few complication cases have been reported. The official source provides no explanation on whether operations done in private hospitals and clinics have been included. 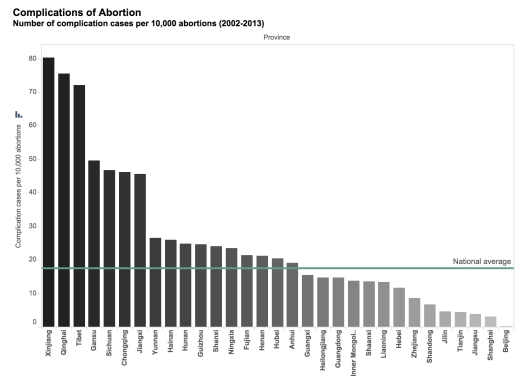 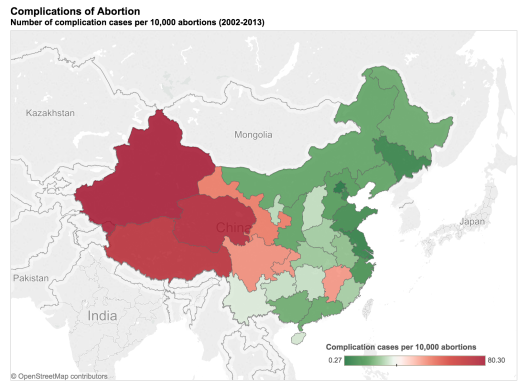