The number of mothers who died due to complications linked with pregnancy or childbirth shows a marked drop for the past decades.

But half year since the end of the one-child policy on January 1, 2016, the maternal mortality rate increased drastically by 30.6 per cent in mainland China compared with the same period in 2015, according to a Chinese government official.

The maternal mortality rate rose to 18.3 deaths per 100,000 live birth in the first six months, announced Ma Xiaowei, Deputy Director of the National Health and Family Planning Commission in September.

Questions arose whether the apparent surge in maternal deaths was tied to the two-child policy proposed in late 2015, after decades of restrictions on most urban families to only have one child. 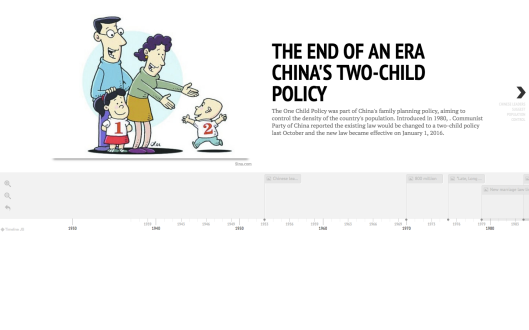 The Communist Party had been stitching how Chinese families should be like since 1979, but the leadership decided to end the 36-year long family planning project – the one-child policy – from this year and on.

The sudden surge in the first half started a skeptical debate whether hospitals are able to cope with the increasing number of pregnancies after the two-child policy. And “older mothers” may face greater health risks, not necessarily though, by rushing into having a second baby. 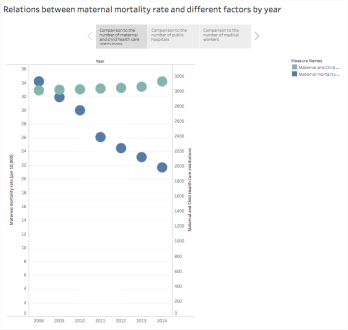 As numbers of workers and maternal and child health care institutions increase when maternal mortality rate decreases over the years, they are more likely to be the factors that causes the decrease in mortality rate.

While the gradual decrease in the number of hospitals – from more than 14,000 in 2008 to less than 13,000 in the first half of the year – has no obvious relations in lowering the mortality rate.

SAFE TO RUSH FOR A SECOND CHILD?

China has one of the highest rates of Caesarean sections in the world, accounted for 35% of all deliveries in 2014, a rise from 28.5% in 2008, according to the Network of Maternal and Child Health Services of China.

Women in urban area prefer Caesarean sections to natural childbirth, where the C-section rate of China is beyond the WHO recommended threshold of 15 percent of deliveries.

Mothers’ medical history with a Caesarean surgery potentially poses higher risks to birth complications, such as bleeding out during birth and cardiac problems. 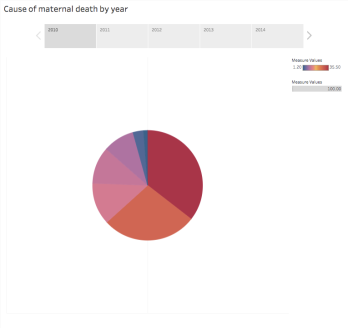 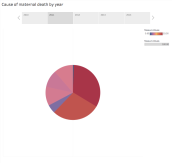 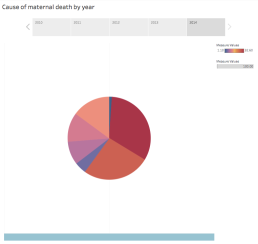 Official report documents the causes of the national maternal deaths in 2014 with the top three reasons of obstetric haemorrhage, amniotic fluid embolism and cardiac disease, accounting for 26.3 per cent, 14.9 per cent and 11.4 per cent respectively.

China has seen a drastic improvement regarding maternal mortality rate in past few decades, declining from 88.8 per 100,000 in 1990 to 21.7 last year, according to China’s health commission.

While The World Health Organization shows a higher number than Chinese authorities’ figures, still the WHO’s numbers also indicates a marked decrease in overall trend from 97 per 100,000 in 1990 to 27 in 2015.

Since 1990, China has met United Nation’s Millennium Development Goals a year in advance of decreasing maternal mortality rate by 75 per cent in 15 years.

READY FOR ANOTHER CHILD?

Chinese government decided to shift its policy after nearly half a century, as the ageing population is growing fast. Under the one-child policy, the proportion of elderly to working population would be imbalance – the working class has to take care of at least four elderly in the society. Thus, two-child policy is necessary to solve the problem.

To have another child or not, medical support of the government could be a concern to parents-to-be. If all the medical services are already well-prepared for a coming baby boom, parents would have stronger confidence in following the “two-child” policy for one more child.

One in three, who were born in the 1980s and were the first generation after the implementation of one-child policy, is willing to have a second child, according to Tencent’s online survey.

But from “one-child” to “two-child”, some people said this generation would have to be burdened with four parents and two children if they plan to have another baby.